Now heading into the second season, MVRC is picking up where “KVRC” ended two years ago. A small group of people on F1-technical.net once started it as a challenge to design a realistic race car.
2017 again, the purpose is to design an LMP-like car. The car is then analyzed using CFD methods. The standard software framework for the CFD simulations which is going to be used will be MantiumFlow. The simulated aerodynamic performance data is entered into a virtual lap time simulator provided by Competition Car Engineering.
Among the analyzed data are downforce, drag, CoP, cooling performance and pressures at the air intake and exhaust system. An example report can be viewed here. The data is used to calculate the lap time. A example of this can be seen of TF´s car who won the last 2016 race:

Based on the predicted lap times the results of each race are determined and championship points awarded.
The competitors have a rulebook on which the submitted designs have to comply with. If compliance is not met the car will either be penalized, if the violation is rather minor, a non-complaince email is sent out and penalties only occurs in case of repeating the violation in a subsequent race and at harsh violations maybe the whole car will be disqualified.

This year’s winner will receive a nice prize, sponsored by CAEdevice:

The book “How to Build a Car”, hand signed by Adrian Newey. 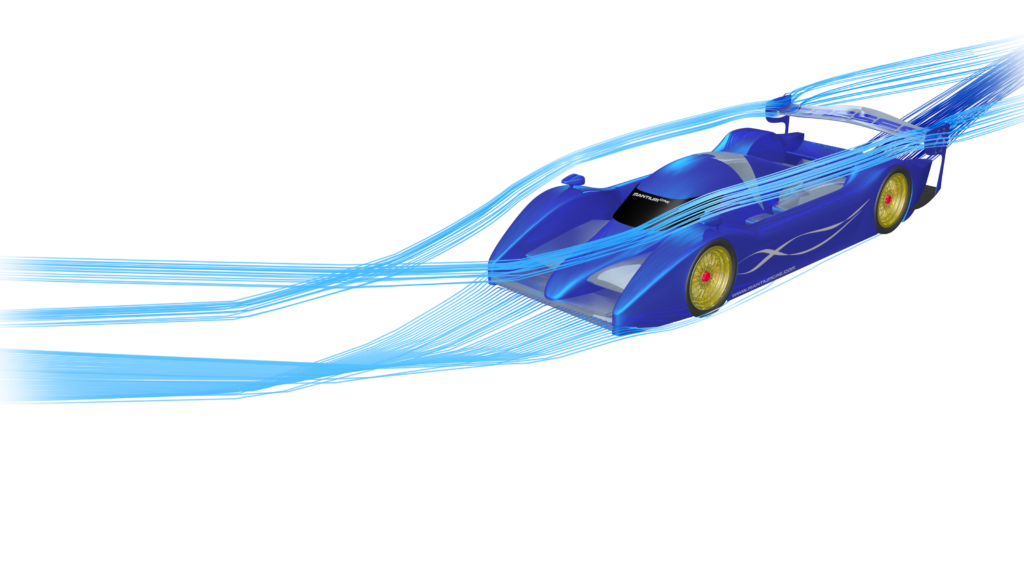