Here are the results of the third MVRC race, which was held in Sepang. Although a virtual race, the hot temperatures meant that the teams had to adjust the cooling settings of their cars which many of them did much better compared the recent races meaning the cars were producing much more engine power this race. Penalties were handed out for not following the rules which cost TF and Mercury valuable championship points. 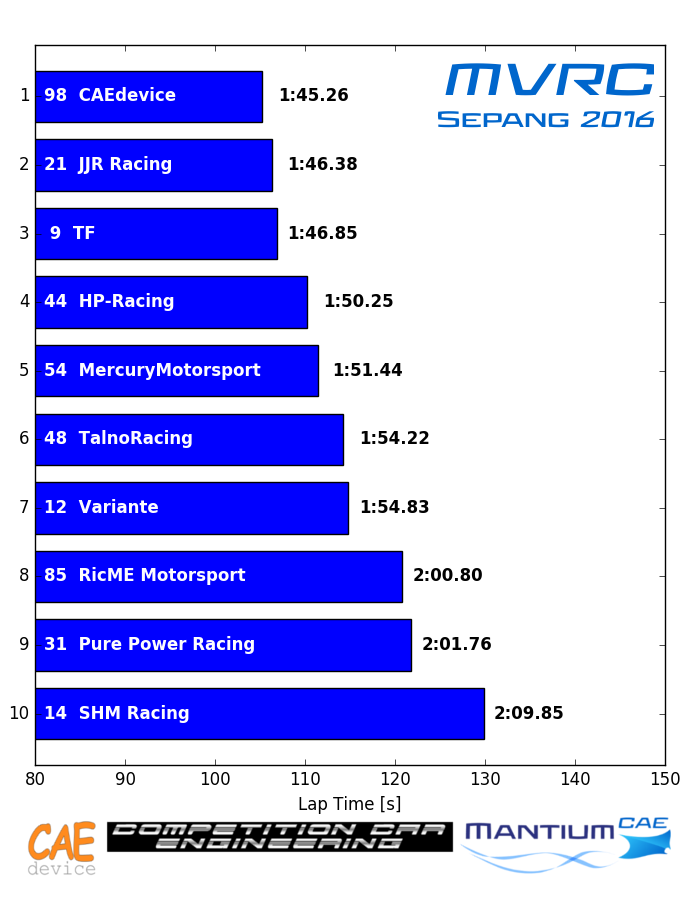 Congratulation to CAEdevice, scoring the second victory this season! Looking at the TF car, some teams will have to decide if their designs are outdated esp. looking at Le Mans where the season finale will take place.

The next race will be held in Sao Paolo with the submission deadline Nov. 13.