Here are the results of the first MVRC race, which was held in Monaco. As everything is virtual the local people were not affected by having their city closed. 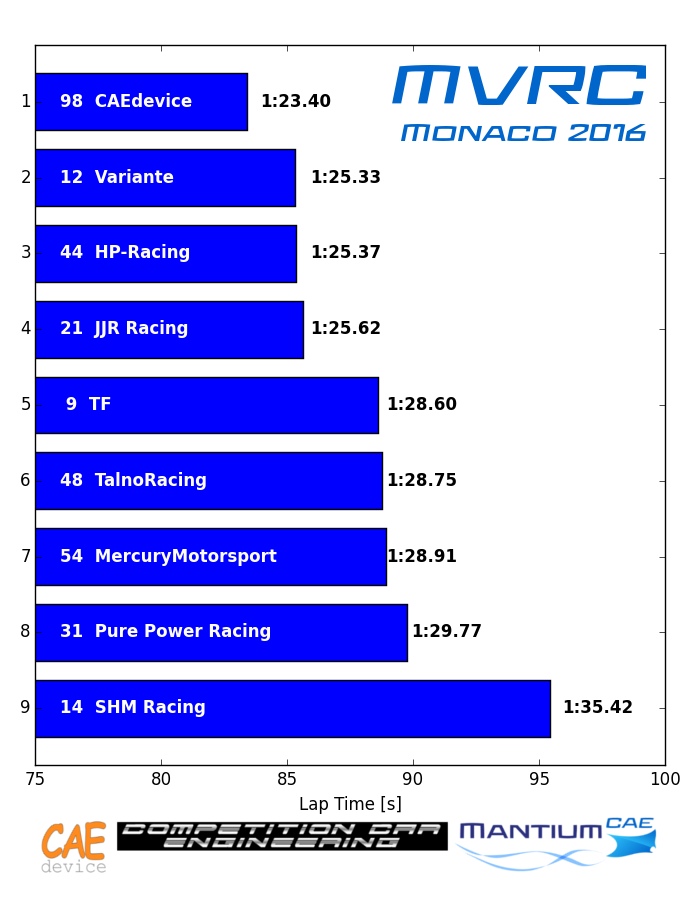 Congratulation to CAEdevice. In the former championship his favorite position was 4. But climbing the podium he must have though he can just as well go all the way. The pack behind him will surely improve for the next race. As they are so close he can quickly drop back to his no. 4 position. Also the other teams should have a good look at all the renders released previously to copy some design features and catch up with the top cars. Penalties were given to JJR, TF and Pure Power Racing. TF could have been closer to the top pack but the penalty did not affect his position. The other two penalized cars lost quite some positions which might hurt them later in the championship.

The next race will be held at the famous Nürburgring with the submission deadline in two weeks.